Tobias ‘Tij’ Priddle has drawn many tags in the brief time since the riot-pop anthems of Boy In A Box first gripped radio listeners and live audiences nationwide.

Truth is, Tobias was the boy least likely to carve a musical path after giving up on the band life when his father passed away from cancer in 2010. It was only after taking a job building recording studios that Tij wrote ‘Moon Comes Up’ for a Blue September cancer awareness campaign on which his boss was helping out.

The track was soon launched onto the airwaves of triple j and Tobias’ earnest and arresting ways with a hook were called to action. Boy In A Box was formed. An EP was pieced together from song samples. Follow-up track ‘Glitter, Gold, Ruin’ exploded. The Melbourne-based band were invited to tour with Birds Of Tokyo and Calling All Cars. By the end of 2011, they were taking the stage at the Falls Festival in Lorne.

All of a sudden, the reluctant frontman was one of the country’s strongest new voices.
It’s no surprise then that the band’s second release – what Tij calls their “first official EP” – sees them advancing in leaps and bounds. This is where accidents become intentions; where raw, discovered talent turns into bright-eyed ambition.

Boy In A Box retreated to a beachside house in the tiny Victorian town of Kennett River to write new songs for the release. Rather than Tobias nutting out ideas alone in a room, this time he had bassist Athan Hewett and drummer Tom Crimmins to wrangle songs with.

“I’ve got two walls to bounce off now instead of second-guessing myself and wondering if a song is any good,” Tobias says. “I’ll be writing and yelling out beats to Tom and he’s disagreeing and yelling ideas back to me. Then Athan comes in and we’ll work on bass lines… I like being holed up in a dark room and pretending like nothing’s going on outside.”

The trio then took the songs to Birdland Studios for an intensive recording period with iconic Melbourne producer Lindsay Gravina (Adalita, Rowland S. Howard, The Living End). The resulting productions reveal a new urgency and density to Boy In A Box. There’s an anxiety lurking beneath the venue-ready sing-alongs.

“You can’t help it when you’ve got Gravina sitting in the room,” Tobias claims of the EP’s mushrooming sounds. “He pulls the rock out of you. It was midday-to-midnight sessions and we’d be going the whole time.”

As on the first release, Tobias had his own vision for the EP, adding ambient details to the songs and layering as many as seven guitar tracks within the shuddering ‘On My Mind’ and ‘I’m Alive.’

“I put a big barrier up between playing live and working in the studio. I don’t think, ‘I’ve only got one guitar so I can only put one guitar on the recording.’ I love that big studio sound.”

Consequently, Boy In A Box might soon have a fourth member in tow to add extra weight to their live shows as they continue to write towards a debut album.

As always, we’ll be watching as Tobias and his band mates develop and push forward, and as the spotlight-shy boy we saw all that potential in, who made us want to champion him, becomes the boy who does us proud. 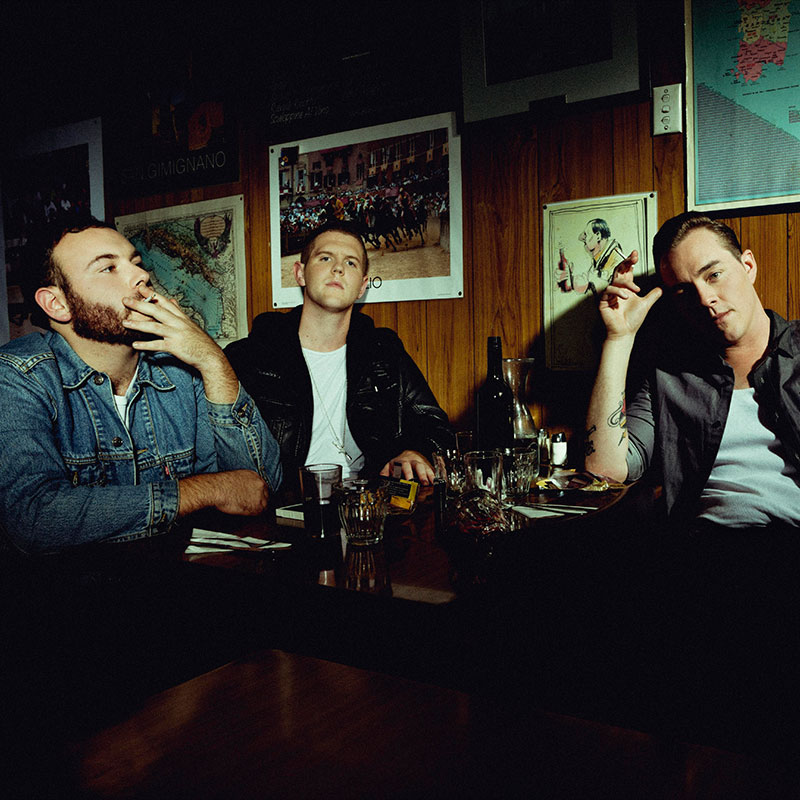