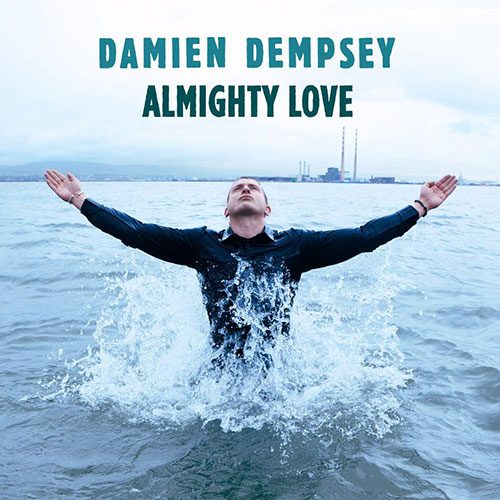 Damien Dempsey is the quintessential Irish singer songwriter. His fanatical audience identify with a singer who has emerged from the working-class streets of Dublin’s Northside with his powerful self-belief intact, and a storyteller’s eye for detail in the writing and delivery of his songs.

His concerts can be almost spiritual occasions – with fans singing along to every word. Damien has been described by The Times as “the Bob Marley of Ireland” and by the Irish Examiner as “one of the most important and evocative singers of all time”. Almighty Love was recorded with John Reynolds (U2, Bjork, Sinead O’Connor, Hot House Flowers etc) in Kilburn, London.

Damien has released 5 original studio albums since his debut in 1997 which established him as an exciting new talent, attracting the attention of Sin ad O’Connor and the Hot House Flowers. But it was with Shots in 2005 that Dempsey delivered his defining album, backed by Brian Eno, John Reynolds and Justin Adams. He has toured the world playing headline shows and supporting legends such as Bob Dylan, Morrissey, The Pogues, Willie Nelson and U2.