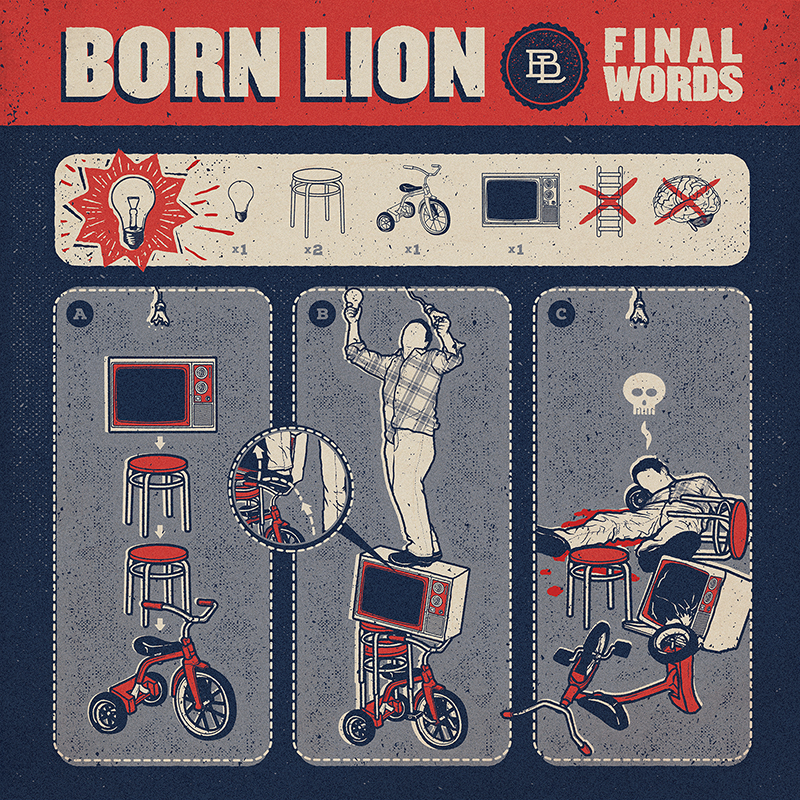 In just a few years these four fiercely independent gentleman have clocked up some serious wins.

Engineered and produced by Dave Hammer (Die! Die! Die!, Thundamentals),‘Final Words’ is the kind of reassuring sonic statement you want to hear from an acclaimed Australian act tackling their first full-length release. This 11-track beast expands on Born Lion’s no-nonsense punk’n’roll roots to feature some truly spine-shattering, sludge-dipped riffs and even introspective acoustic moments. A crowded vocal booth also sees members of Grenadiers and Gay Paris adding their rugged charm to a handful of the album’s many monstrous vocal hooks. They’ve truly come out swinging with bold album opener ‘Break The Curse’. Their biggest sing-along chorus to date is juxtaposed against a discordant verse and thundering outro, get around it now…

Born Lion have perfected their visceral kicking and screaming by sharing the boards with the likes of The Hives, The Bronx and Royal Blood, carefully crafting their own high energy, intelligent spin on the classic punk rock mantra of “three chords and the truth”. Catch them giving their album a live showing alongside Yellowcard & Mayday Parade this July, and be persuaded that 2015 truly is the year of the ‘Lion.