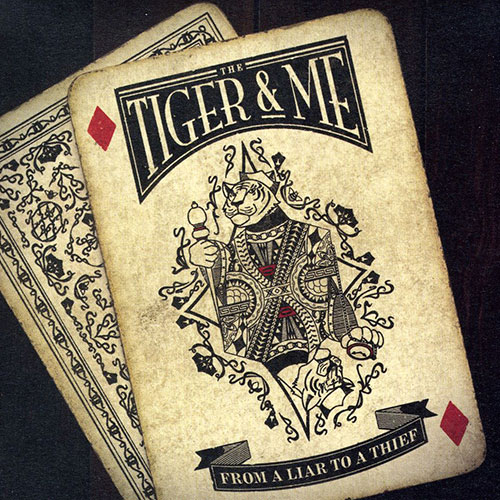 The Tiger and Me create indie-pop music as seen through the looking glass of European folk songs. Three lead vocalists lead a troupe of multi-instrumentalists from gentle folk melodies through to riotous frenzied waltzes, with a wink and a nod to the old cabaret den and speakeasy tradition. The Melbourne sextet ignites the stage with a live show that is an event for any rampant feet out there looking for the ultimate place to whirl and stomp. The Tiger and Me began life as a duo when Jane Hendry and Ade Vincent recorded six songs in late 2007 which, originally intended as demos, were eventually released as an EP. The self-titled EP received strong support from radio in Australia, including leading station Triple J, which interviewed the duo and broadcast several of their songs. They were also featured as one of ‘six of the best’ unearthed roots bands in Australia in Triple J’s ‘Jmag’. The EP was successful in generating interest in the duo, however it was their expansion to a band for a sell-out show at Melbourne’s Manchester Lane in mid-2008 that marked the group’s true birth. The show was recorded, capturing the band’s juxtaposition of high-energy shout outs and intimate folk moments. Their reputation as an outstanding live act has enabled them to build a strong local fanbase, with regular residencies throughout Melbourne coupled with larger headline shows.