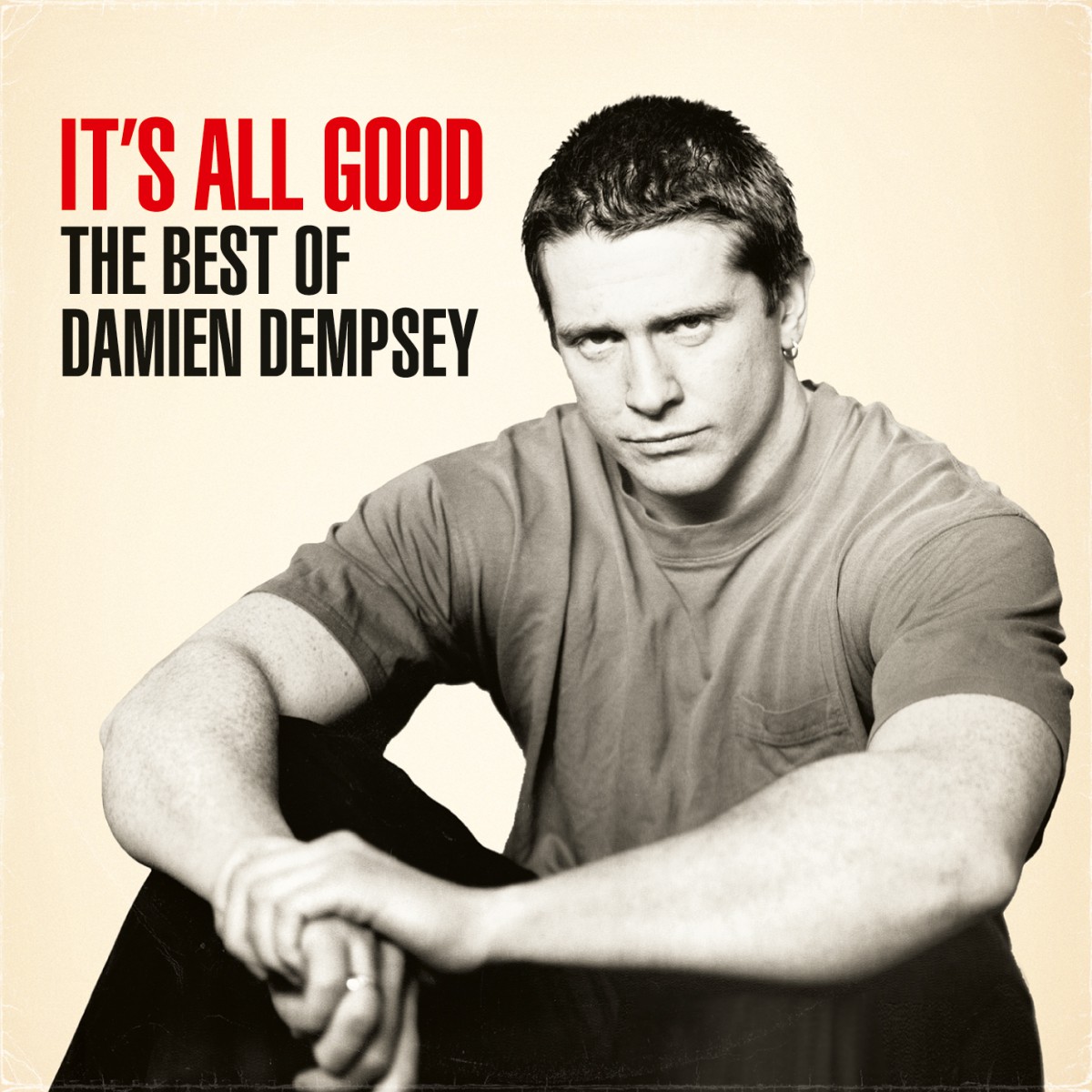 “It’s All Good – The Best of Damien Dempsey”, is a celebration of Damien’s career to date which encompasses six top 10 studio albums over 15 years.

It will include fan favourites such as “Sing All Our Cares Away”, “It’s All Good”, “Colony”, “Almighty Love”, “Bustin’ Outta Here” and his No. 1 Christmas single “The Auld Triangle” with Glen Hansard, along with new brand new tracks recorded especially for this release.

Damien has had an incredible year, following the release of his sixth studio album “Almighty Love” in September 2012. To mention but a few highlights: Damien sold out his Sydney Opera House St Patrick’s Day show followed by headline shows across Australia. The summer saw a support slot with Bruce Springsteen at Kilkenny Stadium, and his own headline show at Dublin’s Iveagh Gardens, whilst September brought his first US tour in 5 years, encompassing festivals and headline shows including a sold out Bowery Ballroom in New York.

Damien is an award-winning artist, having won several prestigious Irish Meteor Awards including Best Irish Male and Best Traditional Folk Award. His albums have topped the charts and gone Platinum, and he has been lauded by, among others, Rolling Stone, The Guardian, Billboard, MOJO and The Sunday Times. He has supported such legends as Bob Dylan, Sinead O’Connor, Morrisey and Bruce Springsteen.

Disc 1:
It’s All Good
Sing All Our Cares Away
Apple of my Eye
Kilburn Stroll
Canadian Geese
Not On Your Own Tonight
Patience
Chris and Stevie
Serious
Colony
Negative Vibes
Factories
Bustin Outta Here
Spraypaint Backalley

Disc 2:
Party On
Maasai
How Strange
The Rocky Road to Dublin
Kelly From Killan / The Teetotaller
St Patrick’s Brave Brigade
A Rainy Night in Soho
The Auld Triangle
Ghosts of Overdoses
Your Pretty Smile
I’ve No Alibi
Almighty Love
Beside the Sea
Happy Days
You’re the Cure