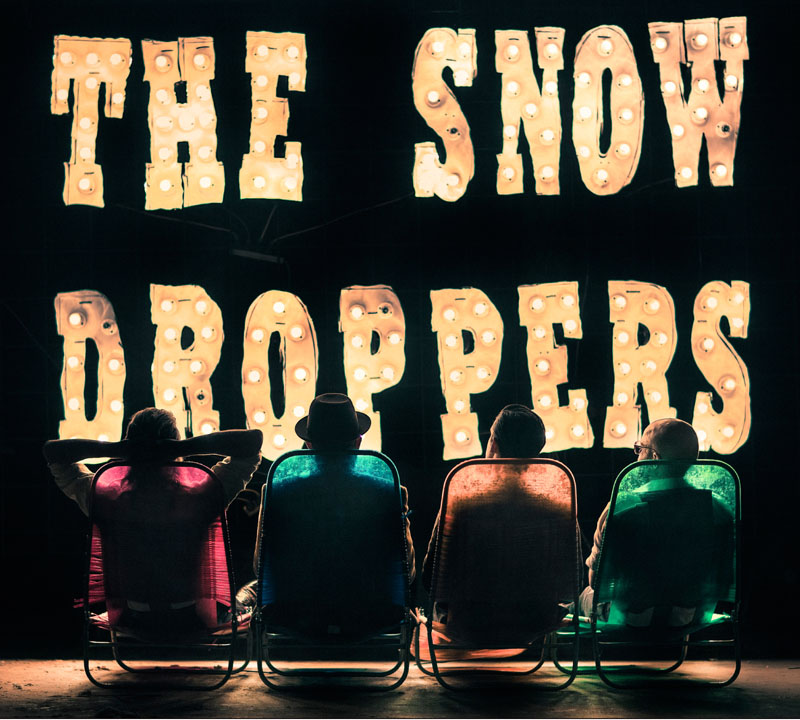 Forget what you know about The Snowdroppers and prepare to meet one of the greatest rock albums of 2013. The swampy blues-rock showmen of 2007’s Too Late To Pray album are transformed. White Dress, the first track from their forthcoming Moving Out Of Eden album, marks their arrival in a less stylised, more grounded set of boots.

The Snowdroppers’ new turf is a raw mix of earthy rumble and wiry guitar riffs tied together with the wry kitchen sink perspective of the common man. White Dress is a catchy and totally unvarnished view of romance from a distinctly no-frills kinda guy.

Echoes of classic Midnight Oil, INXS, The Johnnys and The Living End are entirely unintentional, but neither Johnny nor co-writer/ guitarist Pauly K seem surprised at the references. You are what you eat, after all, and these guys have been chewing up sticky carpet for the best part of ten years.

Between black humour and fiery passions, Moving Out Of Eden is among the most distinctive and cohesive rock records you’ll hear in 2013.