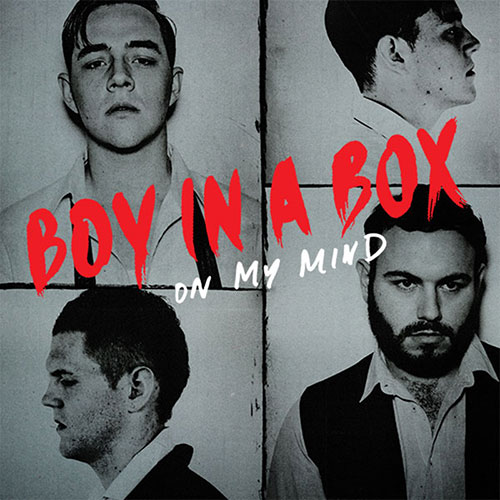 Tobias ‘Tij’ Priddle was the boy least likely to carve a musical path after giving up on the band life when his father passed away from cancer in 2010. It was only after taking a job building recording studios that Tij wrote ‘Moon Comes Up’ for a Blue September cancer awareness campaign on which his boss was helping out.

The track was soon launched onto the airwaves of triple j and Tobias’ earnest and arresting ways with a hook were called to action. Boy In A Box was formed. An EP was pieced together from song samples. Follow-up track ‘Glitter, Gold, Ruin’ exploded. The Melbourne-based band were invited to tour with Birds Of Tokyo and Calling All Cars. By the end of 2011, they were taking the stage at the Falls Festival in Lorne.

All of a sudden, the reluctant frontman was one of the country’s strongest new voices.

It’s no surprise then that the band’s second release – what Tij calls their “first official EP” – sees them advancing in leaps and bounds. This is where accidents become intentions; where raw, discovered talent turns into bright-eyed ambition.

On My Mind was recorded at Birdland Studios during an intensive recording period with iconic Melbourne producer Lindsay Gravina (Adalita, Rowland S. Howard, The Living End)