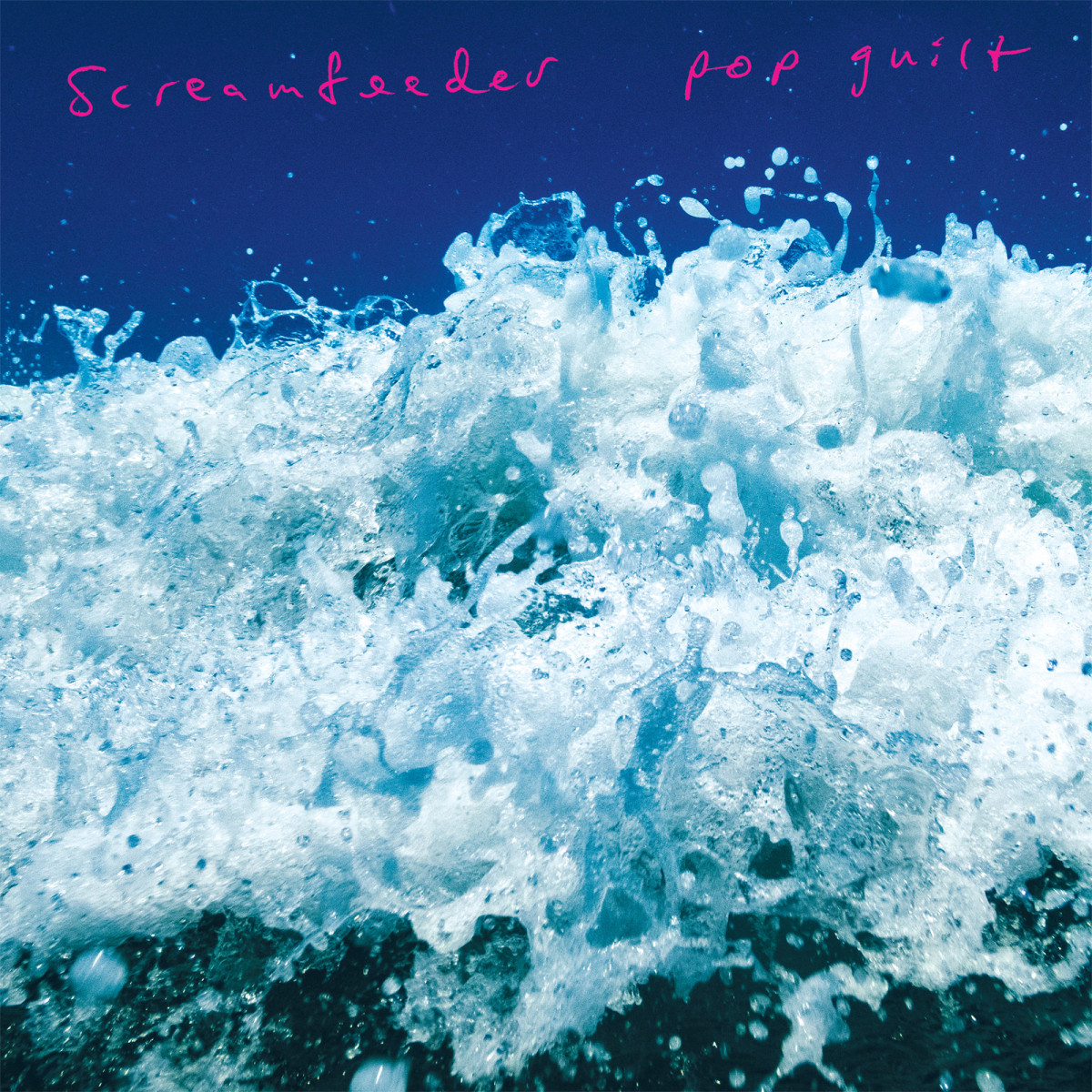 Brisbane indie heavyweights Screamfeeder are one of this country’s most-loved bands, capturing hearts and ears with their blissfully noisy pop-rock. Now they’re back, better than ever, with new album Pop Guilt set for release April 21st.

The first singles ‘Alone In The Crowd’ and ‘All Over It Again’ gained airplay across the country. What better reason than to come out of hibernation? Writing together again came easily to Tim Steward and Kellie Lloyd, who sat down together and put together the bulk of the album’s songs. “It was like we’d never stopped.. we found ourselves falling into familiar patterns of melody and structure again so easily”. Lyrically the album combines Kellie’s abstract and poetic stream-of-consciousness with Tim’s more literal – and literate – observations and personal purgings.

The new album was recorded in Brisbane but mixed mostly in America, the band choosing a dream-list of producers from their collection of indie-rock favourites old and new. Brad Wood (Veruca Salt, Placebo), Paul Kolderie (Dinosaur Jr, The Lemonheads, Radiohead), Dave Downham (Beach Slang) and Wayne Connolly (The Vines, Died Pretty) contributed mixes and their own signature styles to the songs.

Screamfeeder have toured Australia too many times to count, as well as the US, UK, New Zealand, Singapore, Japan, France, Germany, Switzerland and Spain. Live, they’re a non-stop whirlwind of high-energy heavy riffs, caterwauling feedback and pulse-racing bass, Tim and Kellie entwining their vocals around the music, all anchored with the explosive power of Dean Shwereb’s drumming. They’re raw, grungy, fiery, effortlessly skillful yet loose at the same time, an exuberant and joyful wave of music filling every space in the room with pure radiant youth.

Screamfeeder still believe in writing good songs, and performing them like their lives depend on it. Who’s going to argue with that?

“…(their) ragged, infectious spirit evokes all kinds of glories: classic soul records, the early Who singles, the fire and fun of bands such as the Jam and the Replacements.” (Courier Mail)