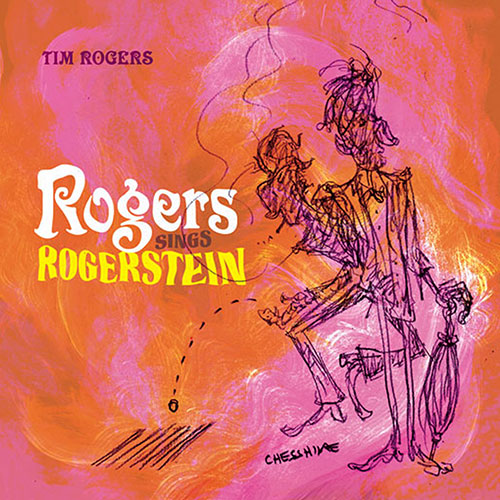 Rogers Sings Rogerstein is the second solo album for the You Am I front man (not counting records with The Twin Set and The Temperance Union), following 2007’s The Luxury Of Hysteria.

Written in collaboration with Ohio native Shel Rogerstein, who Rogers met on a train journey in Southern France. The pair bonded over “Tango, film, cheese, rock’n’roll, baseball and family”.

The album was produced by Shane O’Mara, who recently worked with Tim Rogers on the soundtrack to Australian film Wish You Were Here. The album is a musical journey and a poetic masterpiece by one of Australia’s greatest song writers and features string arrangements by Melanie Robinson, who also worked on The Luxury Of Hysteria.

“I’m lucky enough to play in a rock’n’roll band with not only my best friends, but men I admire, that have great taste in art, and therefore feel like the history and future of our project is a collaboration, pure and complicated. The past 4 years working more in theatre and film has only exacerbated my wish to work with other folks. To write music to their visuals or dialogue, their vision. I figure it’s a cost effective way to learn.” – Tim Rogers