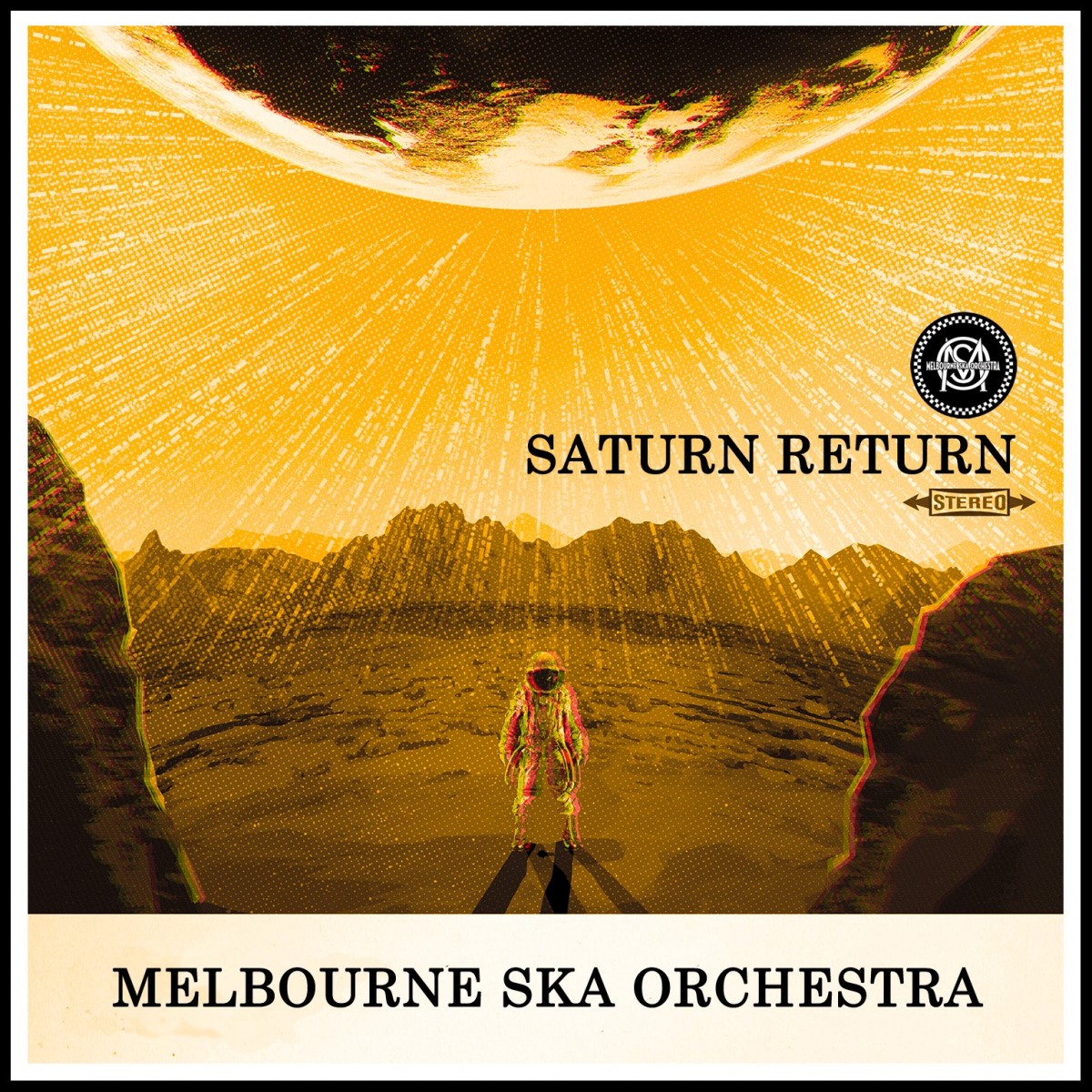 Melbourne Ska Orchestra (MSO) are still on a galactic sized high after what’s been a fantastic year for the much-loved big band.  Their album ‘Sierra-Kilo-Alpha’ took out both the ARIA Award for Best World Album, and the Victorian Music Award for Best Global or Reggae Album.

The band toured the album both here and then the United Kingdom – where they debuted at the prestigious Edinburgh Fringe Festival – receiving rave reviews for their live shows.  Their Splendour in the Grass performance was touted as “a genuine highlight of the entire festival (The Music) and their Edinburgh appearance as “virtuosic & high-octane” (Fringebiscuit.co.uk).

Determined to end 2016 with a bang, the time seems right to announce a run of spectacular SKA-BQ live shows for the new year (details below – early bird tickets on sale now), and to unleash SATURN RETURN, a full-length album of previously unreleased recordings from the ‘Sierra-Kilo-Alpha’ sessions.  Not only big in numbers – MSO tend to do everything on a grand scale.  When 35 MSO members graced the studio to record an album in late 2015, they came out with two albums worth!  ‘Sierra-Kilo-Alpha’ could only fit 11 tracks and it’s now time to share the extra 11 tracks, recorded on the same mission.

Nicky Bomba, band leader & SKA-BQ head chef states: “These new tunes could not be released until now due to quarantine issues, scientific research, musical analysis and the now patented Skattertron distillation device that can only process 11 songs at any given time! The Orchestra is thrilled to share these new discoveries and fly the ska flag a little higher following the success of the ARIA and Victorian Music Award winnings for Sierra-Kilo-Alpha.”

All 22 tracks recorded were of the award winning standard of ‘Sierra-Kilo-Alpha’. SATURN RETURN expands on the eclectic and international journey which MSO embarked on. Stand out tunes include the beautiful trio of vocals on ‘Feel The Breeze’ the rock steady ‘No Show’, ‘Mercy Lord’, which features the legendary Owen Gray (Jamaica) and the Two Tone style of ‘No Friend Of Mine’, will hit the right note for ska fans.