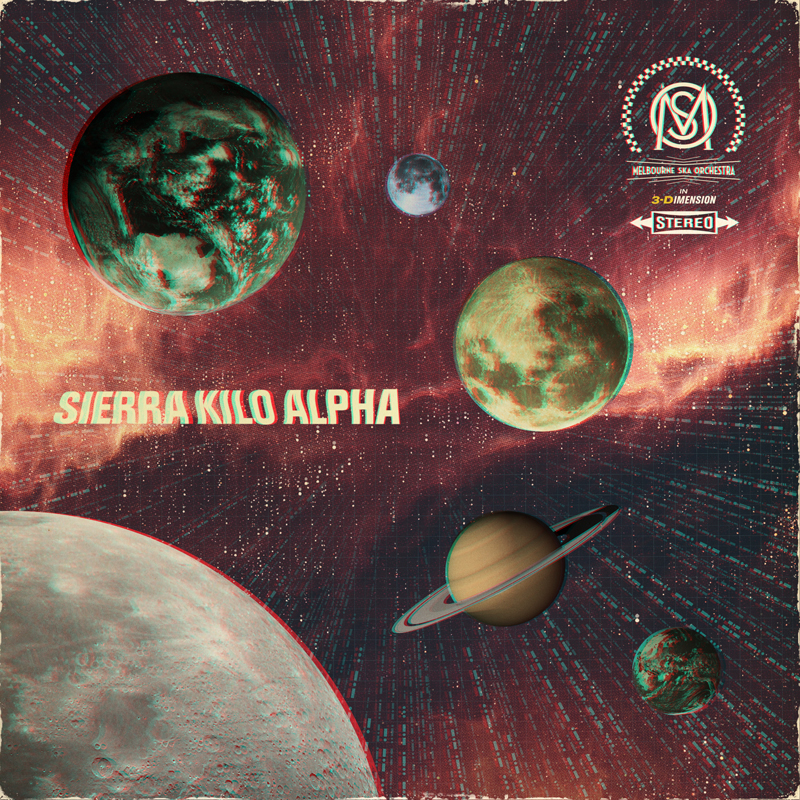 A decade or so to make their debut, but only three years to follow up – 2016 sees the release of the Orchestra’s second album, Sierra-Kilo-Alpha, and it picks up where they left off, taking this old music and adding to it with aplomb.

“[With the first album], the important thing for us was to find what we were offering to the ska genre,” Bomba explains. “It’d be very easy for us to be a generic ska band and copy a sound… but we made a concerted effort, we had a vision, to offer something new. Melbourne has an amazing multi-cultural mix, we’ve all been exposed to this, and as a result, the music that comes from that inter-weaves; the concept was to create hybrids – a lot of us are fans of funk, Ethiopics, African rhythms and jazz.”

“So that was our plan for this new album, to fine-tune that even more,” he goes on. “And also, to make the band sound even more relevant. We wanted to make the Orchestra not just big and wide, but also punchy to the point where we become a rhythmic force, not just a studio soundscape.”

Recorded at both the ABC and Freeburgh Station studios in Melbourne in the winter of 2015 (“At one point we thought we saw snow out the window but it was just the foam from the window cleaners above,” Bomba laughs), and engineered by honorary member Robin Mai, Sierra-Kilo-Alpha throbs with the hope, excitement and freshness Bomba mentioned earlier.

A collaborative effort, the album came together via input from as many members who wanted to contribute. “Yeah, it was opened up big time,” Bomba confirms, “and many contributed ideas. When it hit around twenty-three, we switched into arrangement mode and started having fun with the songs, giving them some love. The recording sessions were a spaceship blast into the skatasphere. So much fun and family. There’s a lot of passion for music in the band.”

This comes across in spades – from the urgency of opener ‘Escher’; the funk-laden groove of ‘Funkchunk!’; the twisting, turning reggae-esque ‘Nothing In The Well’; the cosmic nature of ‘Satellite’ – this feeling of love for the music seeps from every note, from every bar, from every tune.

“I’m pretty proud of where we are with this album,” enthuses Bomba. “There’s a presence and punchiness to it that makes us smile. And there are some strong cross-overs that play a lot with dynamics, it’s almost like a film playing out,
lot’s of drama, highs and lows, twists and turns.

“To me, it’s mature songwriting, yet still having that element of sounding fresh, and that’s always a hard thing to do – I think we accepted the mission and delivered.”

Sierra-Kilo-Alpha is the Melbourne Ska Orchestra’s own history – a nod to the past with an eye firmly on the future, dangerous and free, just how it’s supposed to be.