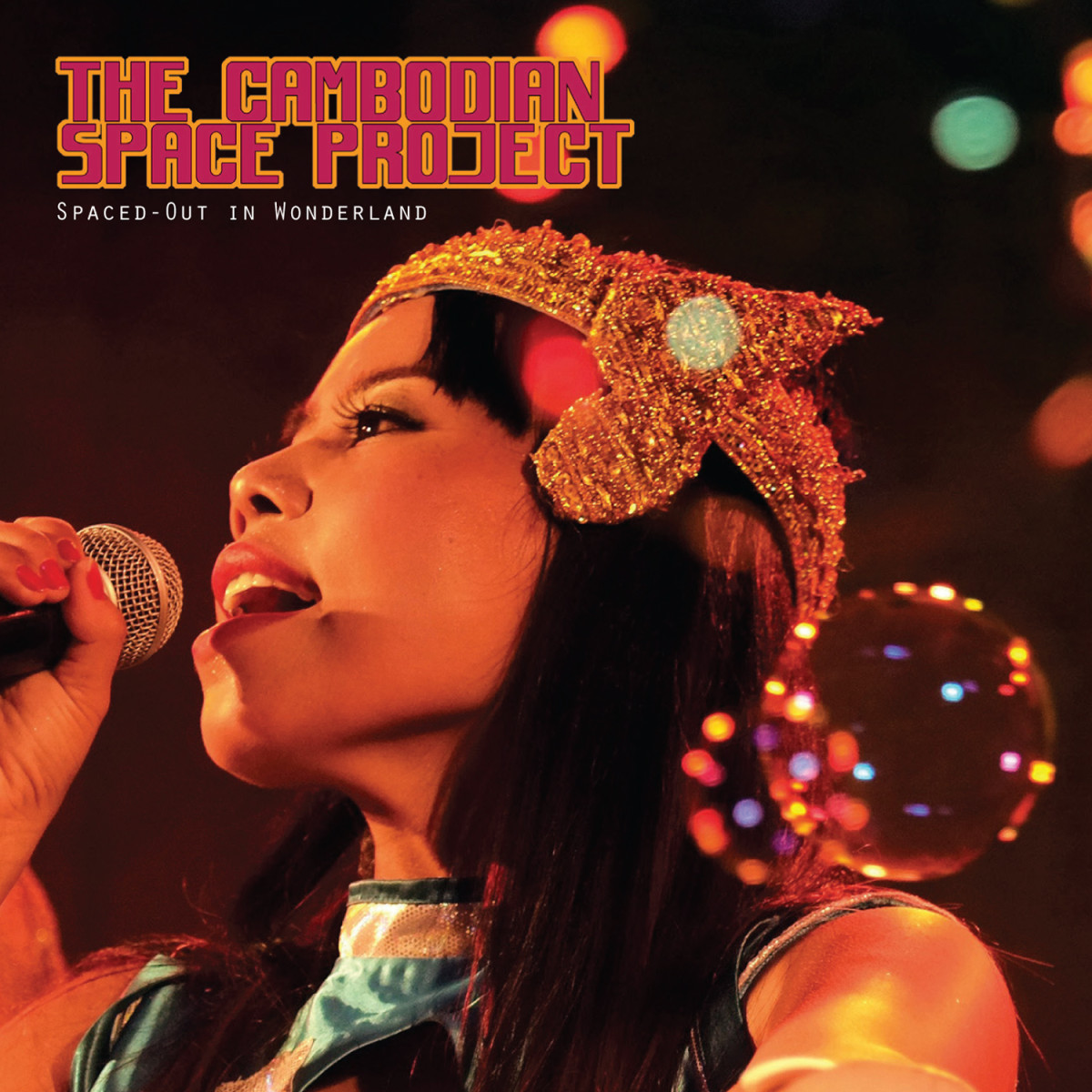 This extraordinary band has been at the forefront of an astonishing cultural revival in Cambodia, singing life back into the lost divas and rock n roll legends of Cambodia’s golden age of music.

Spaced Out in Wonderland is the 5th full length long player by The Cambodian Space Project and it’s got all the cosmic goodness of that this Aussie-Khmer outfit’s earlier work is renowned for but heads into a new realm of sonic goodness.

Tracks like Down from the Mountain show Channthy’s folksy roots with her incredible a cappella vocals opening the whole shebang before the album blasts-off into full-blown psychedelic pop – there’s a heavy dose of Motor City Blaksploitation funk on 5 Lady Cows – where she sings about joining a rock’n’roll band and making money to buy cows for here village –  through to cosmic reworkings of the Vietnam War soundtrack classics Proud Mary and an ominous, mystical version of Paint It Black.

The groups original songs like Never Fall Down are almost reggae but with a haunting, spacey undertone and finally the album closes (like something else entirely, is beginning) with an incredible interpretation of Iggy Pop’s The Passenger.