The Go Set are a folk punk band formed in 2002. Since then the band has released 6 albums, relentlessly toured Australia as well as embarking on regular tours of the UK, Europe, USA, New Zealand and Japan. The bands 7th studio album ‘Rolling Sound’ will be released October 16 via FOUR|FOUR Music. The album will also include an in-depth documentary into the band and their history to date.

The Go Set’s earlier albums have been assisted by some of country’s finest producers, including Lindsay Gravina (Spiderbait, Hole, Living End), Jonathon Burnside (NOFX), Rob Younger (Radio Birdman/New Christs), and Paul McKercher (Something for Kate, Silverchair), all of whom have helped to shape and refine the band’s sound and raucous live energy. For the first time, on this new album, the band have decided to go it alone – to produce and record the album entirely on their own in an old surf club on the Victorian west coast.

And much of the end product is a result of the very existence of the band to date, a band refining and perfecting its live energy on the road around the world. Much of the album has been captured in a single take.

Since it’s beginning, the band has performed more than 1,200 gigs in pubs, clubs, and festivals in over 22 countries across the world. From Port Fairy Folk Festival, Woodford, and Falls Festival here in Australia, to Skagen Festival (Denmark), Stemweder and Fete De La Musique (Germany), Rebellion Festival and Gate to Southwell (UK), Mighty Sounds (Czech) and Punk Rock Holiday (Slovenia). They’ve toured and played with The White Stripes, The Stranglers, Reel Big Fish, Flogging Molly, The Living End, and Wolfmother to name a few. It’s been a decade spent doing what they do best.

And over The Go Set’s decade-long journey, the band filmed every step of the way. The struggles of remaining independent, the highs and lows of touring, the process of writing and recording and the constant hardship were all captured during The Go Set’s lifespan. The DVD release is due for release in 2015. The band will be touring through Australia, the U.S., Canada and Europe in 2015, releasing and promoting the retrospective compilation, a new studio album and a full-length feature film on DVD.

Beginning with the fusion of musical influences and instruments, The Go Set carved out its own space in the music industry as creative, innovative and coalescent. But The Go Set continued to evolve. Stepping out beyond the boundaries of the studio, they fused their music with the social and political plights of the people, speaking out for them and with them. Their energy has reached the ears of millions, and, like a chemical reaction, will continue to rapidly spread, leaving emancipated minds and raised rock fists in their wake. 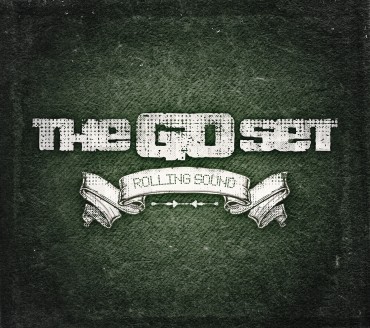