Seminal Sydney blues-rockers The Snowdroppers are back, and they’re not mucking around. They return with a swag of brand new pop-soaked anthems on third studio album ‘BUSINESS’, due for release on 4 September, 2015 through FOUR | FOUR.

On ‘Business’, long-time sound man Ryan Hazell (The Drones, The Fumes) distils the band’s live energy and unorthodox interpretation of rock n’ roll into a triumphant collision of potent song writing and discordant raw power. The album’s twelve tracks, an unpredictable fusion of everything from classic soul and r’n’b, fuzzed-out stoner riff-rock to distorted country.

Lead single ‘LOVE LETTERS’ was one of the first songs written for the album. What was initially a slow, sultry ballad more in the style of a Bond theme, ended up being spun through a four on the floor Motown-meets-punk-rock turbocharger. Pounding drums, thumping bass and a wall of guitar set the scene. LOVE LETTERS is the dawning panic that the lustre is fading, the well is drying up, the Thrill Is Gone. The realisation that… Baby, you don’t write me love letters any more.

Directed by Josh Groom, who is responsible for Angus & Julia Stone’s ‘Babylon’ and ‘Just A Boy’, Birds of Tokyo’s ‘Wild Eyed Boy’ and The John Steel Singers’ ‘Overpass’ among others, the ‘Love Letters’ video depicts The Snowdroppers literally surrounded by the neglected detritus of love correspondence; the theme of the song.

With BUSINESS, The Snowdroppers have crafted the perfect album to accompany Friday’s first taste of liquid freedom after a long week at the grindstone. Lead single ‘Love Letters’ hits airwaves today, and a re-energized band is ready and raring to tackle the live stage again.

Stay tuned for National Tour Dates to be announced soon…! 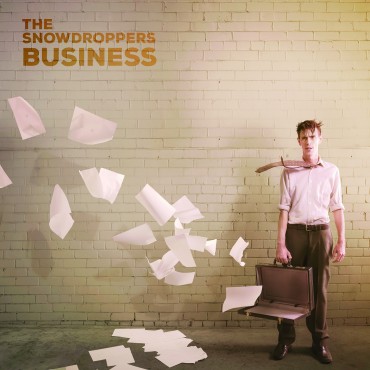