The Snowdroppers Announce Moving Out Of Eden Album launch tour 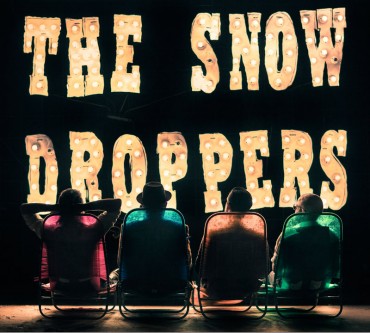 Three and half years since their debut long player Too Late To Pray heralded the arrival of a charismatic new talent The Snowdroppers announce the release of their second album Moving Out Of Eden on March 22nd (FOUR | FOUR). Whilst their debut was naturally an extension of the band’s swampy blues-rock influences, Moving Out of Eden marks The Snowdroppers arrival in a less stylised, more grounded set of boots.

To celebrate and present live the fruits of the writing and recording process, The Snowdroppers announce a run of East Coast album launch events and festival appearances.

Known for their own incendiary live show The Snowdroppers are ratcheting up the party factor by bringing on tour Sydney’s Little Bastard. Kicking up a storm of interest Little Bastard are a seven-piece punk string band incorporating mandolin, banjo and fiddle, over the top of a pulsating upbeat acoustic rhythm. Their live performances create the turbulence of Old Crow Medicine Show but can also hold the brutal sentiment of The Felice Brothers, all delivered with a brash clout all their own. Get a grip and hang on!

The Snowdroppers      Moving Out Of Eden    Album launch tour

with Special Guests LITTLE BASTARD (except *)

with Little Bastard & The Stiffys